Real Madrid defender Marcelo has been cut from the squad to face Granada after an argument with Zinedine Zidane, according to Goal.

Marcelo has been used sparingly this campaign, with Ferland Mendy being considered the better option on the left-side of defence for Zidane.

A player of Marcelo’s experience, who has served so flawlessly for Real Madrid, was never going to take kindly to sitting among the substitutes.

This dispute in particular, however, appears to be related to Zidane’s strategy, rather than his continued omittance of the Brazilian veteran.

MORE: Real Madrid, Barcelona and Juventus could be slapped with two-year UCL ban 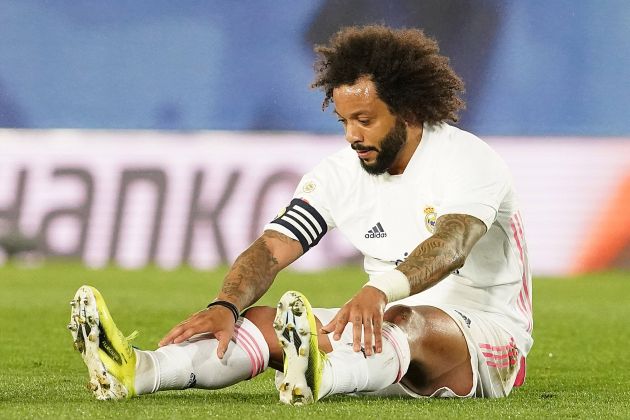 Marcelo has been picked only sporadically by Zinedine Zidane this term.

Goal report that there was a disagreement during yesterday’s training session over a ‘tactical issue’ in defence.

As a result, Marcelo was nowhere to be seen as Real Madrid announced their squad for the upcoming clash with Granada.

It remains to be seen if the cracks in their relationship can be papered over for what remains of the campaign.

Regardless, it’s difficult to see both of them being at the club come next season.

Click here for all the latest Real Madrid news

Manchester United close to reaching an agreement for Jadon Sancho