Following what a disastrous performance for Liverpool’s Trent Alexander-Arnold against Real Madrid on Tuesday night in the Champions League, former Chelsea full-back Ashley Cole has been quick to offer the young Englishman some solid advice.

Despite being one of the country’s most talented attacking full-backs, Alexander-Arnold has some major defensive holes in his game – these weaknesses were exposed on Tuesday during a game that saw the full-back make several key errors. 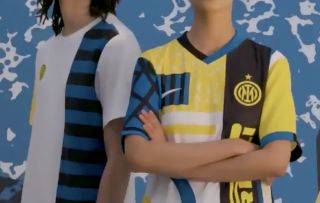 Tuesday night’s European tie saw Real Madrid run out 3-1 winners, however, Los Blancos owe Alexander-Arnold a massive thank you for the defender’s role in their success.

Coming under intense criticism, former full-back great Cole has been quick to take to his social media to offer the Liverpool star some sound advice on how he can improve his game in the future.

The area he can improve would be his feet patterns-movements which allows him to turn and match his opponents run or dribble, if you can’t move them quick enough it doesn’t matter how fast you are you will get beat. Foot patterns will get you in defensive positions to turn quick https://t.co/Ol62vytG88