When Tom Watson won the 1977 Masters, the only bogey on Sunday was that his green jacket was too big. About six sizes too large by his estimation. In 1981, he donned a 44 long after collecting his second Masters title, fending off challenges from runners-up Johnny Miller and Jack Nicklaus.

Watson had established himself as arguably the best player in the game, winner of four of his eight major championships to date, but he hadn’t won yet that season heading into the 45th Masters. That week, Watson benefited from time spent with two-time Masters champion Byron Nelson, his mentor, friend and father figure, including during the Par-3 Contest. At the second hole, Watson stuck his tee shot tight, which led to this memorable exchange.

“I needled him, and I said, ‘Top that, Nelson.’ And he said, ‘There’s room inside that.’ He proceeded to hit the shot and hit the flagstick,” Watson recalled as he looked at a recently unearthed photo from the Augusta Chronicle archives of himself and Nelson walking the fairways of the nine-hole short course. 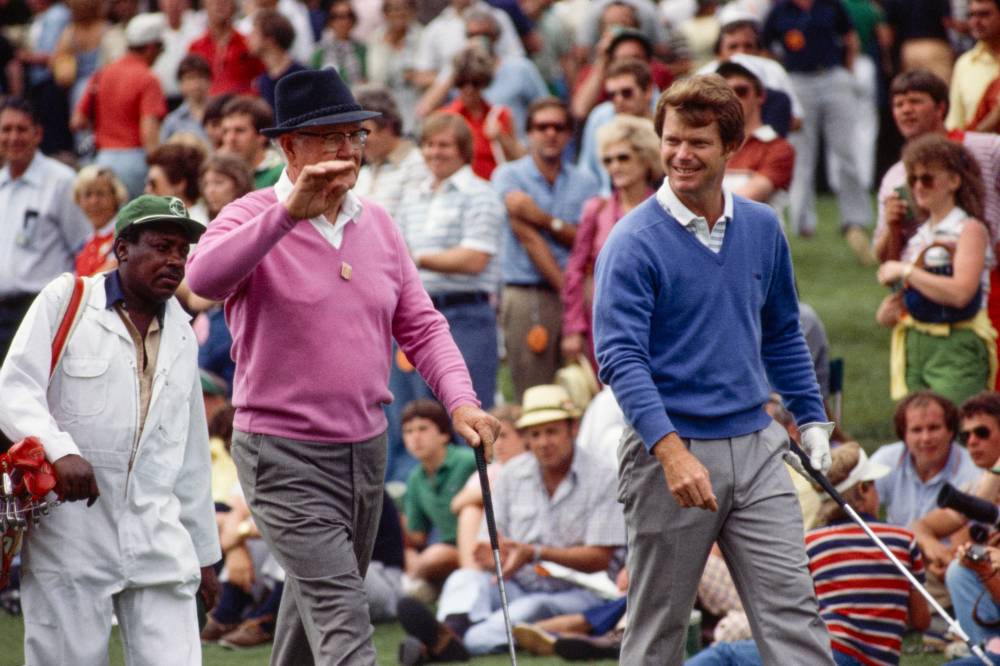 Tom Watson is joined by Byron Nelson during the 1981 Masters Par-3 Contest at Augusta National on April 8, 1981. (Augusta Chronicle archives)

There’s plenty more on Watson’s win, including an extended video of him discussing the victory and never-before-seen photos from The Augusta Chronicle archives capturing the scene 40 years ago at the 1981 Masters. The project was a collaboration between the Augusta Chronicle, Golfweek and USA Today.

This player ran a caddie off a bridge on Friday